In a meeting on Jan. 24, the World Trade Organization’s (WTO) members gave their initial review to a new paper from the group of least developed countries regarding principles and elements for new multilateral disciplines on fisheries subsidies.

At the meeting, the WTO also further reviewed another three proposals from the African, Caribbean and Pacific group, the European Union, and six Latin American countries.

Those initiatives seek to achieve the 2020 targets set out in the United Nations’ sustainable development goals, according to WTO.

The sustainable development goals call for prohibiting certain forms of fisheries subsidies, which contribute to overcapacity and overfishing.

Moreover they aim to eliminating subsidies that contribute to illegal, unreported and unregulated fishing and refraining from introducing new such subsidies, by 2020.

The goals also recognize that appropriate and effective special and differential treatment for developing and least developed countries should be an integral part of the WTO fisheries subsidies negotiations.

The European Union has called to ban harmful fisheries subsidies that contribute to unsustainable fishing, in order to meet the United Nations’ goal to conserve the oceans, as a study revealed that China’s government has put over €5 billion/year into its fleet.

More info on different countries’ positions at the meeting can be found here. 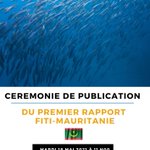 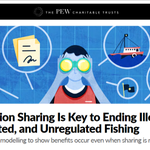 #SeaCucumbers play very important roles in marine ecosystems, it's important that we protect them and crack down on #WildlifeCrime #IllegalFishing #IUU 🌊🥒

As coastal fish populations decline, commercial fishing fleets in Indian Ocean are venturing further into the #HighSeas, increasing the risk of overfishing of vulnerable species including #sharks🦈 and #tuna🐟 (& #IUU🏴‍☠️).