Skip to content
You Are Here: Home / Latest News / Belize-flagged ship hauled in for fishing violations in Somalia

Belize-flagged ship hauled in for fishing violations in Somalia

A shipping vessel tonight remains in the custody of the government of the African country of Somalia for illegal fishing activities. But what does the detention have to do with Belize? Well, the Geko 1 was detained while flying the Belize flag which means that it is registered in Belize and the incident can potentially give the local registry a black eye. The vessel which is owned by a Greek company was recently seized with a cargo of approximately thirty tons of high value fish harvested in Somali waters. Aside from breaking international fishing laws, the vessel is also suspected of using a fraudulent Somali license. The state-run registry, IMMARBE, is attempting to clear up the mess with authorities in the African continent. News Five’s Isani Cayetano reports.

llegal fishing, aside from piracy, remains a primary concern for maritime law enforcement globally.  In Belizean waters, there have been numerous reports of Guatemalan fishermen unlawfully harvesting our marine resources.  Oddly enough, the shoe is on the other foot, except that it involves a Greek-owned vessel and a crew of men who have never set foot on Belizean soil or sailed our high seas.  The Greko 1, a trawler operating illegally within Somali waters, flies the Belizean standard, after receiving permission from the International Merchant Marine Registry of Belize two years ago.  Tonight, it is grounded in Mombasa, the chief seaport of Kenya.

So how does a watercraft owned by a Greek company, registered with IMMARBE and permitted to fly the Belizean flag, end up in custody off the coast of Africa?

“The vessel has been registered with us since 2014.  It has been operating in Somali waters under license from the Somali government for that time and what we believed happened was that in 2014, the Somalis revised their fisheries law and certain legislations were changed in regards to what type of foreign-owned vessel can operate in their jurisdiction.  The Greko 1 unfortunately, was one of those vessels that were, their fishing gears were prohibited from operating within that area and it came under investigation by Somali government.  The Somali government basically told us that the licenses that they had given back in 2014 to this vessel was fraudulent.  So there was a lot of back and forth communication with the Somali government regarding these so-called fraudulent permits that were given by their administration.”

During that time however, Greko 1 fled from Mogadishu and subsequent bulletins were issued to countries within the region, including Kenya, Madagascar and Mozambique.  Those countries all closed their ports to the fugitive vessel.

"For Latin American states, it is always helpful when a (modern) vessel from one of its partners travels to the region to provide assistance with surveillance" Wilder Alejandro Sánchez
#IUU #LatinAmerica
#WriteFightWin

I'm lucky to head up the @oceansasia1 research team, an amazing group of people committed to combating #IllegalFishing #WildlifeCrime #IUU and protecting our #oceans.

Please considering sponsoring one of our research projects today!

We are excited that our Director of Operations, @GaryStokesPhoto and his work investigating #WildlifeCrime will be featured in the upcoming Netflix documentary @seaspiracy - about the destruction we are wreaking our #Oceans.

Check out the trailer!

The same #traceability rules should apply to both fresh and processed fish to ensure no information is lost along the way. @AnnickGirardin request traceability for ALL seafood #TransparencePeche #IUUwatch https://t.co/bPxDRUYkZN 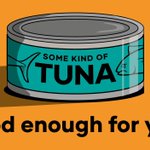