Skip to content
You Are Here: Home / Latest News / The Fight to Save the World’s Seas From China’s Bloated Fishing Industry

The frigid waters off Japan’s eastern coast teem with sardines, mackerel, anchovy and scallop. They are some of Asia’s most fertile fishing grounds, inspiring an exquisite seafood-rich national cuisine, and supporting a domestic fishing industry worth some $9 billion each year. Today, though, this natural bounty is under threat from a stealthy interloper: an armada of up to 200 Chinese fishing boats, which recently set up camp at the edge of Japan’s Exclusive Economic Zone (EEZ).

The boats are allegedly using destructive fishing practices like drift nets to “vacuum up” all manner of sea life, one Japanese official reveals to TIME. “This area is a breading ground so they are catching lots of juveniles,” says the official, speaking on condition of anonymity. “It has had a massive impact on Japanese fisheries.”

Some Chinese vessels have even entered Japanese waters, raising regional tensions and prompting Japan’s Foreign Minister tosummon the Chinese ambassador for an explanation. But Japan is only the latest country to feel the brunt of China’s bloated fishing industry, which suffers from overcapacity owing in part to huge government subsidies. Illegal, unreported and unregulated (IUU) Chinese fishing is reaching “crisis point” for some of the world’s most vulnerable communities, say environmentalists, exacerbated by China’s own chronically depleted coastal waters. Last week, China’s Ministry of Agriculture said 13 million tons of fish are caught in Chinese territorial waters each year — 4 million to 5 million tons more than what’s sustainable.

Growing concern in Beijing over local waters may spell bad news for far-flung fishing grounds, as Chinese fleets turn their attention to bountiful seas across the developing world. New data from environmental groups indicates that China’s several hundred-strong “distant water fleet” is increasingly employing IUU tactics to plunder millions of dollars of seafood — disguising their true location, employing destructive fishing techniques and flouting the territorial boundaries of sovereign nations. A significant proportionof this is destined for American dinner tables; one study estimates that 20% to 32% of all wild-caught seafood imported to the U.S. in 2011 was illegally procured. China is the No. 1 exporter of seafood to American homes.

Environmentalists warn that without action we could face mass extinction on the seas. In addition, IUU fishing endangers the livelihoods of millions of people and threatens global security, prompting calls for better enforcement of regulations to compliment new state of the art vessel-tracking tools. West Africa, which boasts some of the world’s most fertile and productive fishing grounds, is particularly vulnerable, as local governments suffer from poor enforcement capabilities and endemic corruption. Today, one-third of all seafood caught off West Africa is illegally obtained by Chinese fishermen, says Steve Trent, executive director of the London-based NGO Environmental Justice Foundation. “It’s happening on an alarming scale and bigger than we’ve ever seen before.” 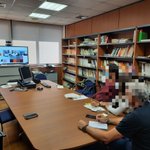 New ‘covert’ underwater hydrophone #technology developed by @CSIRO has been successfully deployed in the Torres Strait in Australia. It will listen to #vessel traffic & help combat illegal foreign fishing. Read about the project here 👉 https://t.co/L1MedyE6iU #IUUfishing 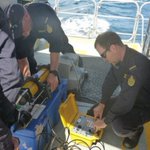 In November, the Vietnamese #IUU fishing rebounded. 130 VN fishing vessels intruded into the coastal waters of mainland #China, up by more than 40% compared with that in October.