A failure by countries to voluntarily submit data on Atlantic and Patagonian toothfish catch risked catches being declared products of illegal fishing, the Commission for the Conservation of Antarctic Marine Living Resources (CCAMLR) in Australia said, reports Munyaradzi Makoni.

In a report to the Convention on International Trade in Endangered Species of Wild Fauna and Flora (CITES) earlier this year, Antarctic RFMO CCAMLR said that many parties have been failing to co-operate with its trade regulations.

Toothfish species which is caught in deep sea areas were proposed for listing as endangered species under CITES in 2002, but were withdrawn when parties agreed to comply with CCAMLR regulations. Nearly fifteen years later, CCAMLR says there is a serious lack of co-operation from a large number of CITES parties.

The 25 member CCAMLR named 21 non-member countries who are members of CITES, that have not co-operated with use of the commission’s catch document scheme.

Markus Burgener, TRAFFIC senior programme officer, South Africa said, while these countries are parties to CITES, they are not CCAMLR members and there is no pressure that can be exerted on them through CCAMLR.

The CITES resolution only recommends, not ‘requires’ that CITES parties abide by the CCAMLR provisions, and a failure to do so does not result in any kind of CITES sanction measure, he said.

“So there’s no real leverage to get them to implement the CCAMLR measures through either CITES or CCAMLR,” Markus Burgener said.

Rhys Arangio, secretary, Coalition of Legal Toothfish Operators (COLTO), based in Australia said that the idea of voluntarily co-operating with CCAMLR to provide information about their catches is good.

If the 183 CITES parties were to all voluntarily cooperate with the CCAMLR Catch Document System (CDS), then CCAMLR would have a much better handle about Illegal, Unreported, and Unregulated (IUU) fishing and trade, Rhys Arangio said.

Any IUU operators will not be able to trade as their catch could then be tracked by CCAMLR if they unloaded into a CITES parties’ port, he added.

Rhys Arangio said so much has been done to curb illegal fishing of toothfish over the last 20 years as it has dropped by over 95% since its peak levels in the mid-1990s, commenting that over the last eight or so years, the IUU catch for toothfish has been fairly stable at around 1500 tonnes and restricted to the remaining half dozen or so vessels that were finding loopholes in Maritime Law to fish and then trade this fish without the proper documentation.

This toothfish was all coming from the high seas Antarctic regions. But over the last couple of years, the Sea Shepherd campaign has brought extra attention to these remaining vessels, he added.

INTERPOL and national governments, he said, have paid more attention, and as such, these last remaining ‘Bandit 6’ vessels, as they have been labelled, have either been sunk or are currently arrested in various ports.

Markus Burgener added that they are hopeful their intervention at the CITES CoP17 on this issue will motivate countries that are not currently implementing the CCAMLR provisions to do so.

He said they will follow up with the CCAMLR secretariat between now and the next CITES conference to obtain information on levels of compliance. 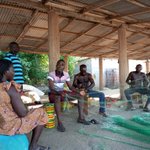 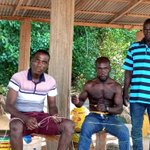