Billions of dollars are lost at sea but different paths to fisheries reform show promising results:

A new World Bank report, The Sunken Billions Revisited: Progress and Challenges in Global Marine Fisheries, confirms what many intuitively know: overexploitation is not a good strategy to manage a renewable natural resource like fish stocks, for steady profits, reliable jobs and long-term growth. For global fisheries as a whole, about $83 billion were foregone in 2012, compared to a more optimal scenario, largely because of overfishing.

The report, which uses a bio-economic model developed by Professor Ragnar Arnason of the University of Iceland, is an update of a 2009 study published by the World Bank and the FAO, called The Sunken Billions: The Economic Justification for Fisheries Reform. By explicitly quantifying the potential economic benefit forgone in global marine fisheries, The Sunken Billions underscored the urgency of improving marine fisheries governance and generated additional momentum toward restoring overexploited fish stocks.

Since then, the World Bank and partners have worked with numerous countries to help put fisheries on a more sustainable path. Below are five snapshots from recent or ongoing efforts that showcase different paths to arrive at sustainable development in this sector.

Peru: Reducing the anchoveta fleet to protect a vital industry

Peru is home to one of the world’s largest single stock fishery – the anchoveta — a species related to anchovy, which supplies fish oil rich in omega-3 and fishmeal for livestock and aquaculture around the world. Since farmed fish now accounts for more than half of all seafood production, the abundance of the anchoveta is critical for food security. However, vast overfishing and periodic changes in currents linked to recurring El Niño events in the Pacific Ocean made the anchoveta population highly vulnerable to shocks and stock collapse, endangering a valuable industry for the Peruvian economy.

Starting in 2009, the Bank partnered with the Government of Peru through a series of Environmental Development Policy Loans to ensure the sustainability of anchoveta resources, strengthen the management of the sector and reduce overcapacity in the fishing fleet, while easing the transition of people employed in the sector into other economic activities. Since a quota system was established, extraction of anchoveta has not exceeded the annual catch limits established by a Peruvian scientific body to keep the fishery sustainable. Between 2008 and 2015, close to 300 fishing vessels were retired, representing a quarter of the original anchoveta fleet.

With the resulting decrease in fishing pressure, independent fishermen and industrial fishing vessels were able to capture larger fish, increase the quality of fishmeal, and obtain higher prices. Moving from unfettered open access to a more regulated system has also lengthened the fishing season (thereby increasing the days worked by vessel crews and reducing physical risks), reduced pollution in ports, and supported investments in higher-value activities.

Fishing companies that remained in the anchoveta sector but reduced their fleet offered rotating assignments to their workers and compensated those who chose to exit the sector. Jose Luis Cardenas Vilchez, an ex-fisherman from Chimbote who now runs a successful fish restaurant (pictured above), is one of the 2,283 workers who benefited from financial incentives to leave the sector and received professional training as part of the reform.

The next phase of World Bank support in Peru will support applied research that advances innovation in aquaculture and small scale fisheries, where much remains to be done to promote sustainable fishing of species for human consumption.

At  a time when many economies are exhausting their natural resources and face constraints exacerbated by climate change, Morocco is setting an example by embracing green growth strategies across sectors, including energy, waste, agriculture and fisheries.

The World Bank has supported Morocco’s vision by providing financing in the form of Development Policy Loans, investment projects, and technical assistance. Although the impacts of climate change on fisheries loom large on the horizon, at present the main threat to growth in the sector lies in the illegal, unreported and unregulated fishing practices that threaten fish population renewal and the livelihoods of about half a million Moroccans.

To address this threat, Morocco has invested in a number of measures including a satellite-based Vessel Monitoring System, which requires all fishing boats above a certain size to be fitted with tracking beacons, and allows them to be followed in real time. Fishing boats must also respect closed areas where stocks are given a chance to recover, and abide by restrictions on allowable fishing gear and minimum size requirements.

Fishers understand the importance of new rules. “If everyone respects the rules…my children will be able to keep fishing here,” said Abdelkrim Bouziane, a fishing boat captain in Casablanca.

Fisheries in the Western and Central Pacific provide over half of the world’s tuna, a prized source of protein, worth some $5.8 billion per year at first sale to processors (according to data from 2014). Tuna has the potential to fuel growth for many decades to come if it is managed sustainably.

Pacific island countries have taken a successful regional approach to managing their shared tuna resources. Because tuna are migratory species, the fate of the stock depends on actions taken by a number of countries and foreign vessels, throughout their biological range. For the purse seine tuna fishery – the region’s largest tuna fishery in volume – the Parties to the Nauru Agreement (PNA) introduced the Vessel Day Scheme in 2010, to allow them to cooperate to limit fishing within sustainable levels across their waters, and to increase jointly the access fees each charged for access by distant water fishing nations.

The system works like a cap and trade scheme: the eight member countries (now joined by Tokelau) agree each year on a total cap of fishing allowed (the so-called Total Allowable Catch), and translate this into flexible access in the form of fishing “vessel days” allocated to each member according to an agreed formula. The countries agree to sell vessel days to foreign fleets at a minimum price to prevent a race to the bottom, and can trade days to each other as needed.

Since the scheme was introduced, the price of a vessel day has risen from $1,500 in 2010 to $8,000 in 2015, and total revenues to PNA countries have increased from $60 million in 2009 to over $350 million in 2015.  This, however, still represents only about 15 percent of the rent generated in the waters of PNA members. Through its Pacific Regional Oceanscape Program approved in 2014, the World Bank, with support from the Global Environment Facility (GEF), is investing in capacity building and technology to strengthen the sustainable management of fisheries and particularly the next generation of the vessel day scheme.

The Bank’s private lending arm, the IFC, also invested $10 million in upgrading and expanding tuna processing facilities in the Solomon Islands. The SolTuna canning facility is now the largest employer in Noro, with about 1,800 staff – 65 percent of them women. It is helping increase the amount and quality of tuna processed domestically, securing more income and jobs in small island states that have few other opportunities for sustainable development.

Fishing represents a culture and a critical source of livelihoods and nutrition in West Africa, yet many fishing communities live in poverty. The World Bank’s West Africa Regional Fisheries Program (WARFP), launched in 2010, aims to increase the economic contribution of marine resources through strengthened fisheries management and governance, reduced illegal fishing, and increased local value added to fish products.

The governments of Sierra Leone and Liberia created 6 mile zones dedicated to small-scale fishing communities where trawlers and other large-scale boats would not be allowed to fish, and formed multi-agency monitoring centers to improve the enforcement of rules. In Liberia, fishers were also equipped with GPS-enabled cameras to take photos of illegal trawlers. As a result, illegal fishing declined and nearshore fish stocks recovered to the benefit of local artisanal fishers.

According to a study published by the Overseas Development Institute, Senegal lost about 2 percent of its GDP to illegal, unreported and unregulated fishing in 2012. With support from WARFP, Senegal enacted new laws for a sensible and sustainable utilization of fisheries resources, including community-led fisheries management. Co-management of marine resources by artisanal fishers in 12 areas is allowing rare species to return, fish stocks to rebuild and revenues to increase, as is the case in Ngaparou (pictured above), a coastal village south of Dakar.

The country also launched a campaign to register and maintain an updated database of its fishing boats – some 19,000 boats in a first phase- as a step toward better control and management of access in the artisanal fishing sector.

Oman: Diversifying the economy by looking beyond oil

Before oil was discovered in the Sultanate of Oman in the 1960s, 80 percent of the population lived from agriculture and fishing. Today, the largely artisanal fisheries sector is lagging, forgoing an estimated 2.4 billion Omani Rial (about $6.7 billion) according to preliminary economic analysis undertaken by the World Bank.

In 2013, Oman requested the Bank’s help in devising a plan that would make the sector a viable engine of growth and employment, while improving the livelihoods of an estimated 40,000 to 50,000 individuals who depend on fishing and related activities. The technical assistance, provided in the form of Reimbursable Advisory Services, brought international best practices and stakeholders at evert level, from ministers to fishers to tribal elders to build a shared vision of revitalized fisheries.

The two-year effort culminated in a government vision for fisheries and aquaculture to 2040, whose stated goal is to create a “profitable world-class sector that is ecologically sustainable and a net contributor to Oman’s economy.”

In a second phase, the Bank hopes to provide technical assistance that will help the government adjust the fisheries administration to make it more fit-for-purpose; institute policies and management practices linking Oman’s sector investment program to its long term vision of growth led by the private sector; maximize job creation to employ young Omanis at competitive rates; and pilot new management arrangements in domestic, regional and international shared fisheries. 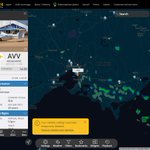 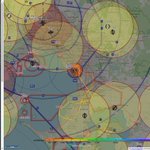