Defense Minister Brownie Samukai said on Friday that one of the boats was a Chinese vessel that paid just $700 for a permit to import 40 tons of fish.

However, he told state radio that officials found that the permit was being used for multiple vessels, carrying a total of 130 tons of fish.

The other vessel is Spanish-owned but Senegalese-flagged.

Liberian authorities are citing 25 violations, and the boat has been impounded and its crew detained by state security.

Overfishing remains a rampant problem along Liberia’s coastline due to a lack of resources for patrolling. 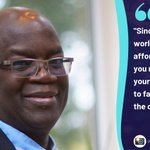