The current Thai government’s new policy to create more systematic and efficient management of migrant workers can kill three birds with one stone.
The implementation of this policy, the Royal Ordinance on Foreign Workers Management, has been postponed. But the policy itself will eventually come into effect within the next four months. It will serve three purposes.

First, it will partly solve problems with illegal, unreported and unregulated (IUU) fishing in Thailand.  The European Union (EU) requires all marine fisheries products exporting to the EU to follow its IUU regulations, otherwise importers can face substantial penalties.

Thailand received a yellow card from the EU in April 2015, a warning sign that the Thai government’s efforts to combat the IUU problems were still below EU standards. The new migrant worker policy will help combat human trafficking and forced labour in the fisheries sector — both of which are important parts of IUU regulations.

Second, the new migrant worker policy will also address the human trafficking problem. Every year, the US State Department issues the Trafficking in Persons (TIP) report which classifies countries into four tiers — Tier 1, Tier 2, Tier 2 Watch List and Tier 3. The classification is based on the degree of a country government’s efforts to eliminate human trafficking. Tier 3 countries may face sanctions imposed by the US government such as measures to put a hold on bilateral or multilateral trade talks or to withhold or withdraw non-humanitarian, non-trade-related foreign assistance (such as assistance from the International Monetary Fund or the World Bank). Ranked in Tier 3 in 2014 among the worst offenders, Thailand was upgraded to the Tier 2 Watch List in June 2016. The upgrade signified improvements in the country’s efforts to solve the problem. But being a Tier 2 country also means more work urgently needs to be done. As migrant workers who have no work permits usually fall prey to human trafficking and abuses in the workplace, the new migrant worker policy will help the government better tackle these problems.

Third, the new policy will ensure protection of rights of migrant workers who are often marginalised, exploited and discriminated against. Migrants who work in Thailand without work permits are the most vulnerable and exploited. The new policy will provide a chance for migrant workers to be registered in the formal system to ensure they will not be deprived of their rights or exploited by traffickers or employers.

Even though the new policy does help tackle problems in these three areas, it will not be able to fulfill all of its objectives. Additional policies are needed to achieve such goals.

The government needs to work toward achieving sustainable fishing. While cracking down on IUU fishing can help demonstrate its commitment to fix the problem, sustainable fishing is key to addressing the overall IUU problem and it also forms the basis for the EU’s IUU regulations. To achieve sustainability in its fishing industry, the government should work with all stakeholders including fishery specialists and scholars to formulate a long-term strategy.

Additionally, the government needs to adopt a broader approach to tackle human trafficking. This is because the scale of the problem lies beyond the realm of the fisheries sector and migrant workers. Thailand is a source, destination and transit country for human trafficking which can occur in other areas such as forced child labour and sex trafficking, and which can involve Thai nationals as well.

Based on the TIP report, the Thai government should flex its muscles against corrupt government officials who are directly involved in the crimes. Meanwhile, it should also provide protection for whistle-blowers who exposed as wrongdoers.

Significant efforts to tackle the aforementioned two problems will provide a strong case for Thailand to further upgrade its status.

Moreover, the new migrant worker policy will also address human rights violations, even though it will not fully solve the problem. The government should put more effort into improving migrant workers’ rights and legal status, while revising Thailand’s labour migration regulations and practices to be in line with international standards. These changes can help guarantee and protect migrant workers’ rights.

For example, the existing zoning provision is not in line with actual business practices because migrant workers tend to move very frequently from one area to another. This regulation can also infringe on the right of migrant workers to freedom of movement which is a basic right under the Thai constitution.

In addition, the two-week registration period for migrant workers is too short and does not support the needs of businesses which require the dynamic of job entry and exit. The huge increase in penalties for unregistered employment, which can be as high as a fine of 800,000 baht per undocumented migrant worker, will create drawbacks because different firms have different abilities to adapt to this new regulation. Small- and medium-sized enterprises and rural family businesses (such as farms) are unlikely to be able to comply with the new regulation and are at risk of being exploited by corrupt officials.

The government, therefore, needs to formulate more policies to support and facilitate the implementation of its new migrant worker policy. 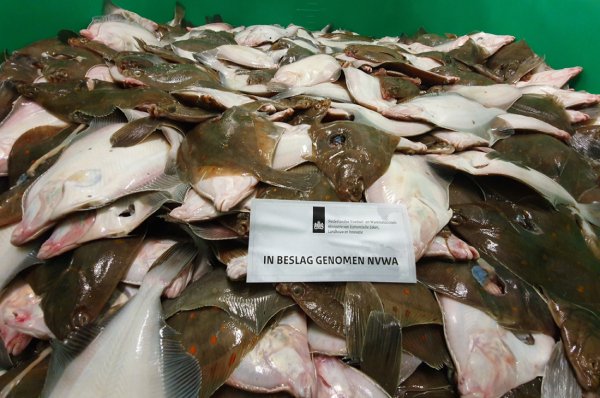 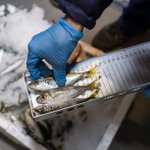