Skip to content
You Are Here: Home / Latest News / Illegal, unreported and unregulated fishing, and the complexities of the sustainable development goals (SDGs) for countries in the Gulf of Guinea

Illegal, unreported and unregulated fishing, and the complexities of the sustainable development goals (SDGs) for countries in the Gulf of Guinea

The significance of the ocean and the resources that lie beneath it is well represented in the United Nations Sustainable Development Goals (SDGs). Specifically, Goal 14 of the SDGs highlights the need to conserve the ocean, seas and marine resources and, as such, is a significant contributor to the achievement of other SDGs.

Goals 1 and 2 are aimed at bringing an end to poverty and hunger of which a plentiful supply of fish is an important means to their realisation. Fisheries also make a substantial contribution to the revenue of many developing countries, thereby assisting the attainment of Goal 8 which seeks to ensure sustainable economic growth.

However, the pervasiveness of unsustainable practices that are harmful to the marine environment, such as pollution, overfishing and illegal, unreported and unregulated (IUU) fishing, threatens the ability of developing countries especially those in the Gulf of Guinea to maximise the use of their ocean resources. The paper focuses on the Gulf of Guinea due to the significance of fisheries resources to littoral communities and the severity of IUU fishing across the region.

The paper also emphasises the threat to the fulfilment of some SDGs by 2030. It does so by arguing that unabated IUU fishing is due to respective government’s lack of awareness of their maritime domain, reflected in the dearth of human resource and inadequate financial investment to solve the problems of maritime security, and the lack of cooperation between countries in the region thus rendering existing surveillance operations ineffective. 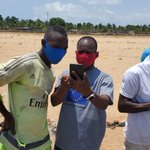 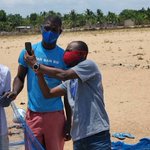