Source: ICTSD
WTO negotiators now have an integrated text to consider in their efforts to craft global trade rules that would discipline harmful fisheries subsidies, in a development aimed at moving the talks into the next stage.

The new text, prepared as an informal “non-paper,” was put together by various WTO members who had put forward proposals over the past year in the fisheries subsidies negotiations. It was circulated late last week in time for meetings of the “rules negotiating group” where these proposed new disciplines are being discussed.

Negotiations over the past month have focused on a “matrix compilation” of these proposals, meant to serve as a factual document facilitating analysis and discussion. The latest text, by comparison, is structured in the format of a WTO agreement. (See Bridges Weekly, 5 October 2017)

The document, a copy of which has been seen by Bridges, numbers 13 pages, which are broken down into a preamble, eight articles, and one annex. The text itself is filled with brackets, reflecting alternative language put forward by different members or member groups. The proponents of the different wording variations are indicated in the text.

The eight articles address key definitions to be used in a future deal; the scope of the accord; prohibited subsidies; a possible “standstill” commitment on introducing new subsidies; special and differential treatment; transparency or notifications; transitional provisions; and institutional arrangements.

WTO members are hoping to clinch a deal in time for their upcoming ministerial conference in Buenos Aires, Argentina, slated for 10-13 December. The event marks the organisation’s highest-level meeting and is normally held biennially.

The proposed fish subsidy bans have focused on subsidies that contribute to overfishing and overcapacity, subsidies related to overfished stocks, and subsidies related to illegal, unreported, and unregulated (IUU) fishing. The UN Food and Agriculture Organization (FAO) estimates that 31.4 percent of fish stocks are being “fished at a biologically unsustainable level and therefore overfished,” according to the 2016 “State of World Fisheries and Aquaculture” report.

Estimates suggest losses from illegal and unreported fishing could account for up to US$23.5 billion annually.

The chair of the WTO’s fish talks, Jamaican Ambassador Wayne McCook, also gave his own overview last week of where the negotiations currently stand.

Along with calling for continued engagement in the weeks before Buenos Aires, he also described where members appear to be close to common ground – and where they will have to overcome diverging positions to move forward.

Among the areas where members appear to agree, according to a copy of his statement seen by Bridges, are on limiting the final deal to cover marine wild capture fishing and related activities, a focus on “specific subsidies” as described by existing WTO rules, and ensuring subsidies are linked to a particular member.

However, several key disagreements remain. These include how widely to craft subsidy bans along with whether these bans should include any sort of exceptions.

How to determine within formal WTO rules that IUU fishing is taking place, thus triggering the subsidy ban, remains unclear. Similar issues emerge when dealing with overfished stocks, such as whose decision regarding the state of a fish stock would trigger a ban on subsidies to that fishery. Discussions are also ongoing regarding how these proposed subsidy rules should deal with cases where a fish stock has not been evaluated.

With respect to overcapacity and overfishing, differences have emerged over whether and how the rules should limit subsidies to “capital costs,” referring to funds used for building or upgrading vessels and their equipment, and whether the ban should also address resources used for operating costs.

The chair also noted disagreements over special and differential treatment; whether to include distinctions between domestic waters and those outside them; transparency; and how to address the particular circumstances of subsistence, small-scale, or artisanal fishers.

The rules negotiating group will meet again later this month, with talks set for 31 October to 3 November, according to a Geneva trade official.

While that meeting is slated to see more detailed discussions on how to pare down brackets in the text, some concerns already came to the fore last week.

These include disagreements among WTO members over whether to include wording in the text’s preamble referring to the Doha Development Agenda, which were raised last Friday.

Talks on fish subsidies were part of the Doha negotiating agenda, and ministers in Hong Kong in 2005 said there was “broad agreement that the Group should strengthen disciplines on subsidies in the fisheries sector, including through the prohibition of certain forms of fisheries subsidies that contribute to overcapacity and overfishing,” along with setting up provisions on “appropriate special and differential treatment.”

However, two years ago at the Nairobi ministerial conference, WTO members found themselves openly at odds over whether to renew the Doha mandate and subsequent declarations, ultimately deciding to note their differing positions in the final text. (See Bridges Daily Update, 19 December 2015)

Another key question going forward will be the US’ stance on the accord, given repeated statements from the North American country that it is “sceptical” of reaching a deal in time for the ministerial. According to a Geneva trade official, while the US reiterated that sentiment last week, it also said it was “committed” to the effort and planning to engage further.

Questions of time were also raised by Russia, which suggested possibilities for prioritising different negotiating topics, according to the same official. 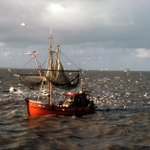 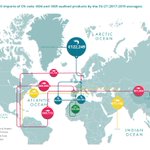 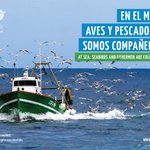