The Pacific Ocean is home to the world’s largest and most valuable tuna fishery, with an annual catch worth US$28.5 billion. To help get those fish to market, valuable species such as albacore, bigeye and yellowfin tuna are transferred from the vessels that caught them to large carrier ships in a process called transshipment. Although the practice is a long-standing component of the international fisheries supply chain, relatively little is known about the business of transshipment. With so much money at stake in the region and in the global seafood economy, it is vital to understand how transshipment works in the western and central Pacific Ocean and how the Western and Central Pacific Fisheries Commission (WCPFC) oversees this activity.

Transshipment, whether far out to sea or in port, allows carriers to quickly and efficiently get catch to market. In recent years, around 80 percent of the purse seine catch and 22 percent of the longline catch harvested in the Western and Central Pacific Fisheries Convention Area (WCPF-CA) has been transshipped.

A recent study funded by The Pew Charitable Trusts and led by MRAG Asia Pacific, a consulting firm that focuses on natural resources, provides insight into the key businesses and processes driving transshipment and whether the current rules and monitoring requirements are effective in achieving the conservation and management objectives of WCPFC fisheries. The report discusses where, how and why the carrier fleets operate, the fishing vessels they interact with and how regulations can be improved to better detect and deter illegal activity.

As of March 2019, 418 carriers were authorized under WCPFC’s Record of Fishing Vessels (RFV). Panama has the largest carrier fleet of 123 vessels, and China, Liberia, Panama and Chinese Taipei allow almost all of their carrier vessels to transship in the region. Of the large carriers (those greater than 1,000 gross tons), 63 percent are registered to flag-of-convenience states—countries known for the ease with which owners can register vessels and for lax monitoring of those ships.

The report also found that approximately 65 percent of active carrier vessels were built before 1991 and have an average age of 27 years—which is approaching the age when owners consider scrapping them. That could reduce carrier availability in the future and drive a shift in fishing and transshipment behavior.

Profitability of the carrier fleets and fishing vessels is driven by the amount of time it takes to fill the carriers’ holds, travel to port and unload catch. Carrier operators work in close cooperation with fishing vessels to ensure transshipment is efficient and profitable. Ownership and commercial business agreements in the WCPF-CA vary but fit into one of three models:

Reported high seas longline transshipment events increased by approximately 60 percent between 2011 and 2017, largely involving bigeye tuna (42.4 percent), albacore (18.9 percent) and yellowfin (11.6 percent). In 2017, the longline fleet flagged to Chinese Taipei accounted for around half of all high seas transshipments. Collectively, fleets flagged to Chinese Taipei, China and Japan account for 83 percent of all high seas longliners. Many longline companies indicated that they actively avoided transshipping in Pacific Island ports due to the high levels of scrutiny, unfamiliarity with local laws and the potential for associated fines.

Without clear rules and thorough oversight, transshipment can help bad actors move illegally caught products into the global supply chain. To ensure verifiable and effective transshipment, the report recommends that: 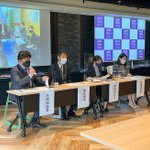