Several non-governmental organizations are welcoming the progress that South Korea is making in addressing the threat of illegal, unreported and unregulated fishing even as they have concerns about an official at the government’s seafood certification body.

In a press release from Environmental Justice Foundation, the Citizens’ Institute for Environmental Studies and the Korean Federation for Environmental Movement, the groups lauded South Korean legislators’ passage of revisions to the Distant Water Fisheries Development Act.

The groups said that the revisions will allow “deterrent sanctions to be applied quickly and efficiently”.

However, they expressed concern about an official recently appointed to the state agency responsible for certifying seafood’s legality  – the National Fishery Products Quality Management Service (NFQS).

According to the groups, the individual, who they did not name, recently served as the country’s director general of overseas fisheries at a time when the US placed South Korea on a preliminary list of countries that have engaged in IUU fishing. The groups claimed that “A key reason for the listing was illegal fishing by two Korean distant water fishing vessels in 2017 that violated conservation measures of the Commission for the Conservation of Antarctic Marine Living Resources (CCAMLR)”.

The individual appointed to head NFQS headed overseas fisheries at the time of the alleged CCAMLR violations, the groups claimed.

“We are strongly encouraged by recent progress in Korea, and it is clear the Minister of Oceans and Fisheries and his team are taking decisive action to update Korean legislation. However, strong leadership is needed in all areas of the Korean government responsible for combatting illegal fishing, and it is important that international seafood buyers have complete confidence in how the NFQS is run,” Kim said. 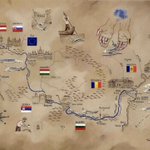