Skip to content
You Are Here: Home / import controls / Page 2

Source: Fisheries Secretariat Baltic pelagic fisheries has massively misreported official catches, with sprat catches regularly recorded as herring – and the false reporting is not an isolated event, reports SR Kaliber, an investigative programme on Swedish national radio. During the first quarter of 2019 Swedish vessels underwent controls by Danish authorities on 19 occasions. The pelagic […]

Source: WWF Today, Spanish authorities announced the arrest of almost 80 people involved in an extensive operation of illegal bluefin tuna trade, fished in Italy and Malta. The operation, led by EUROPOL, involved a large network of fishing companies and distributors, including one of Europe’s biggest seafood farming companies, the Spanish Ricardo Fuentes and Sons […]

Source & Author: EJF/Oceana* Many fish products sold on the EU market originate from fish caught under poor conditions, from a sustainability, hygiene, safety or labour perspective. Some products can be traced directly to fishing activities that are damaging to the environment or do not respect international social and labour rights; rules that are mandatory […] 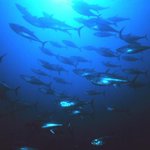 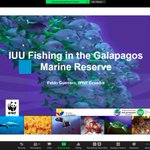