The revision of the European Union (EU) fisheries control system provides a unique opportunity to establish a robust system of control and traceability of fish and seafood on the EU market. Traceability along the seafood supply chain is necessary to combat illegal, unreported and unregulated (IUU) fishing and achieve healthy fisheries and aquaculture, both in the European Union and beyond.

In June 2022, 11 European wholesalers and retailers, together active in the large majority of Member States, co-signed a joint statement calling for a progressive EU fisheries Control Regulation that would ensure both the legality of fishing activities at sea and  the legality and full digital traceability of all fish and seafood products entering the EU supply chain, whether fresh or processed. The statement was developed in recognition that seafood traceability is key to increasing consumer confidence in the sustainability, quality, ethics and legality of products and avoiding fraudulent or mislabelled products in seafood supply chains.

On 4 November 2022, the EU IUU Fishing Coalition and the EU Fisheries Control Coalition held an online event to discuss why traceability for fish and seafood is so important and to highlight which factors play into traceability issues related to the revision of the EU fisheries Control Regulation. The speakers addressed the issues, challenges and benefits of establishing a progressive, digital, traceable seafood system in the EU. As progress on the reforms reaches a critical stage of negotiation, speakers from all sectors showed strong support for EU leadership related to the adoption of critical measures to achieve traceability, noting the significance of Europe as the largest marketplace for seafood.

Key traceability measures that are under discussion include the digitisation of catch documentation and the introduction of remote electronic monitoring (REM). The proposed requirement for EU vessels to install CCTV on board, with the aim to end illegal discards and bycatch of sensitive species, was described as imperative by industry representatives, who also noted  REM will help to build trust with consumers by demonstrating that fish had been caught legally. While proposals on vessel length are being negotiated, all EU institutions have recognized that REM, specifically CCTV, should be mandatory. Panellists acknowledged the ongoing debate over which vessels this technology would apply to, agreeing that a starting point is needed, with the opportunity to widen the remit in future. Bernd Söntgerath, German Federal Ministry of Food and Agriculture (BMEL), suggested applying a risk-based approach based on gear type. This approach is supported by a recent WWF report that found gear type to be a more appropriate measure of ‘high-risk’ compared with vessel length.

Digitisation of traceability procedures was welcomed by the panel, with recognition that other markets, such as the United States, will introduce similar requirements. Speakers called for a mandatory digital seafood traceability system to ensure that all key data elements necessary to establish a transparent supply chain are recorded and transmitted at each step of a seafood product’s journey. This system must cover all seafood products available on the EU market, not least those that are imported into the EU, as well as preserved or processed products. Widening the Control Regulation to include processed, preserved or prepared products as well as imported products will fix a significant loophole of the current EU regulations.

Findings from the Planet Tracker report, ‘How to Trace $600 Billion: Traceability could add 60% to global seafood profits,’ demonstrated that it is realistic to anticipate a +60% rise in the global seafood profit pool (currently an estimated USD 76 billion) if traceability were implemented for all species/areas where it is doable – mostly attributable to reduced costs of food recalls, food waste, and staff.  It is anticipated that this benefit is achievable with a modest investment, estimated to be equal to 1% of seafood sales for the entire seafood supply chain.

A key area for discussion related to proposed changes to the ‘margin of tolerance’ for catch reporting. Under current rules, captains have a margin of error of 10% in estimating their catch per species. If the European Parliament’s proposed change to the margin of tolerance passes, this could increase to 20% for many species, and 25% in the case of tuna vessels. An additional change suggests a 10% tolerance margin for the total catch – instead of per species. This derogation would apply for catches of species deemed ‘morphologically similar’ – allowing interchangeable reporting of two similar-looking but completely different species. It would cover large pelagic and industrial fisheries and the world’s biggest freezer trawlers. These vessels stand to make the most sizeable gains from the rules being relaxed. Panellists indicated concern that these changes to the margin of tolerance could impact sustainability of fish stocks, as well as consumer trust and seafood sales.

Key messages from the speakers include:

Grace O’Sullivan, Member of the European Parliament (Greens/EFA): In these negotiations, we are intent on developing a progressive new regulation that will improve a key pillar of the common fisheries policy. One of the most important issues here is that of transparency for the consumers, but also for retailers and wholesalers. As it stands, poor control and monitoring of the rules significantly increase the risk that illegally caught fish can end up on our shelves. A number of key measures will be central to ending this, but some are alarmingly already under threat in the negotiations. So called ‘margins of tolerance’ or the amount of catch that fishers are permitted to under or over report pose a serious risk to the traceability of European seafood, if the rules are loosened. There is no other sector in the world where companies are allowed to misreport their products by up to twenty-five percent. And in fisheries this could also mean a lot more hidden overfishing.

Britta Gallus, METRO AG, Head of Corporate Responsibility: Our consumers need one hundred percent guarantee that only legal and sustainable fish has been caught at sea, and only legal and sustainable fish is entering our supply chains. The revision of the EU Fisheries control regulation is the opportunity to ensure full digitalization of the traceability system. At Metro, we strongly believe that the digital traceability proposed in the EU is, and the standard with defined key data elements and critical tracking events will help to make digital traceability in the seafood supply chain happen, and that’s why we support the Commission proposal.

Francesca Arena, Directorate-General for Maritime (DG MARE), Head of Unit – Fisheries control and inspections: We want to have information on where the fish was fished, on the exact species, and on the vessel that fished that fish and so on. We want to know more, to empower the actors in the supply chain, to make the right decision to empower the final consumer, and also to give a powerful tool to the competent authorities to fight illegal fishing whenever they need to make any types of inquiries and cross checks.

By relaxing those rules [of the margin of tolerance], there is a higher incentive to under declare the catches with a huge impact inevitably on the sustainability of the resources and of the marine environments.

[In the Baltic,] in the past there was a very dangerous relaxation of the margin of tolerance, and we see the authorities struggling, and we see as well the fish stocks struggling in that sea basin. So we already have the evidence and we already know what will be the consequence.

Bernd Söntgerath, German Federal Ministry of Food and Agriculture (BMEL), Head of Unit (Sea fisheries management and control, IWC): When deciding which vessels require remote electronic monitoring, we need to create risk categories: it’s not that a big vessel is dangerous or bad, and a small vessel or a smaller vessel is without any risk. Risk categories are important criteria, perhaps even more important than the simple size of the vessel.

Greg Brown, The Global Dialogue on Seafood Traceability (GDST), Executive Director: Interoperable traceability improves business efficiency; it enables compliance with both customer and regulatory requirements; it enables the demonstration of sustainability assurances; and it gives consumers visibility into the provenance, legality, and responsible sourcing of the products they buy. Interoperable traceability essentially shines light across the supply chain and in so doing it removes the dark corners where bad actors can hide, and that is why it’s so important to the IUU mission.

François Mosnier, Planet Tracker, Head of Oceans Programme: Seafood traceability is a profitable investment that benefits corporate financial institutions, the general public, and of course the ocean. Planet Tracker has modelled in each region the costs and benefits of implementing seafood traceability. Assuming that it would be only implemented in supply chains that are currently traceability ready, this would increase profits in the global seafood supply chain by 60%. This is achievable with modest investment. On average, we estimate that this investment would equal 1% of seafood sales for the entire seafood supply chain.

Robert-Alexandre Poujade, BNP Paribas Asset Management, ESG Analyst: We like the visibility of a good regulation and good policy making, which is where we need to steer our portfolios and what we need to invest in. We see that policy makers are finally doing good things on plastic and on deforestation, with a lot of good traction, so it would be good to remain on that track, and really aim for A.

Paul O Boyle, Diversity Seafoods Managing Director: To protect our coastal communities, and to have a future in this industry, we need the digitization of supply chains. End-to-end traceability and transparency are critical to ensure the sustainable future, economically, and environmentally. We’ve never faced a more critical moment in terms of decision-making at a political and industry level than we face in the months ahead. It’s critical that we embrace this new digital demographic in terms of traceability and transparency now, and not view this as something that’s coming in the future. It’s upon us. We’ve crossed the digital divide. There is no turning back. So full integration and digitization, traceability and transparency, led by Europe, will assist globally in enhancing the opportunities that we have into the future.

To open the door to a margin of tolerance at the level that has been proposed [by the Parliament] defeats the purpose of the efforts that are being made in relation to conservation and sustainability.

Read the joint statement (in English)

Video recording of the webinar on 4 November 2022 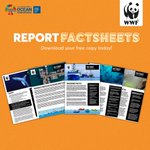 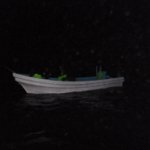 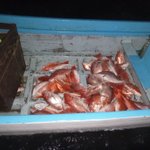 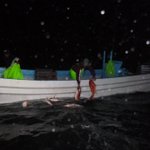