The days of cocaine smuggling, illegal fishing and human trafficking using ships bearing the Cambodian flag appear to have come to an end as government officials claim that, as of today, all foreign-owned ships operating through Cambodia’s “flag of convenience” scheme must be stripped of their designation, and the world’s ports should no longer grant them access.

Following a 2015 decision to close down the business loophole, which allows foreign-owned merchant ships to avoid restrictions and financial charges in their home countries, foreign-owned ships will no longer be allowed to fly the Cambodian flag, a Ministry of Public Works and Transport (MPWT) official said yesterday.

“The reason why we stopped the flag [of convenience scheme] was because it was not benefitting the country,” said Chan Dara, director-general of the ministry’s general department of transport. “We want Cambodia to govern its own ships.”

He said the Cambodian government had cancelled its contract with the South Korean ship registry firm that handled ship licensing procedures. The ministry has also notified the International Maritime Organisation (IMO) that “if they find [foreign] vessels with the Cambodian flag, they are illegal”.

According to Dara, the decision to cancel the lucrative long-running scheme was to avoid the scrutiny that comes with ships that violate the law, and because Cambodia lacked long-range enforcement capabilities to monitor them.

While he could not provide data on how many ships were still registered as Cambodian vessels, a maritime tracking website that keeps up-to-date information on shipping routes yesterday showed at least three dozen Cambodian-flagged ships operating in places as far flung as the Persian Gulf, inland Russia, South America and off the coast of Nigeria.

Nevertheless, the government appears to have made progress on persuading ships to voluntarily drop the Cambodian flag ahead of the ban. 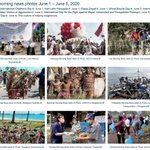 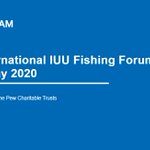