A four-day campaign co-funded by the EU against illegal fishing off the West Africa Coast has shown concrete results in tackling illegal fishing in Western Africa. From 28 August to 1 September 2016, the West African Sub-Regional Fisheries Commission (SRFC) organised a regional operation at sea to control vessels fishing in the exclusive economic zone (EEZ) of Gambia, Senegal, Guinea Bissau and Guinea. For the first time, the European Fisheries Control Agency (EFCA) has taken part in such an exercise.

Under the coordination of SRFC, five patrol vessels and about 30 inspectors coming from the Gambia, Senegal, Guinea Bissau and Guinea took part in the “Pedro Cardoso Naco Operation”. Some 82 vessels were controlled and 14 infringements were detected. Two industrial Chinese vessels were identified as fishing illegally in Guinea, in a zone closed to fishing activities for reasons of biological recovery. One of them managed to escape but the other one was sent to port to be sanctioned.

Commissioner Mimica said: “The damage caused by illegal, unreported and unregulated fishing (IUU) is undisputed. In the Gulf of Guinea – the region in the world most affected by this – IUU fishing accounts for more than a third of catches, to a value of up to € 1.5 billion. This operation is a concrete example of the European Union’s added value in supporting good cooperation between coastal states, regional organisations, development partners and technical agencies to fight illegal fishing and ensure that fisheries resources are used in a sustainable way to the benefit of coastal states and coastal communities.”

Commissioner Vella said: “Fighting illegal fishing is a political priority for the EU. Since we adopted new rules in 2010 to strengthen the EU’s fight against IUU fishing we have been working with countries around the world and in particular in West Africa to help them join us in this fight. Regional cooperation is key to fight the sophisticated networks behind illegal fishing. It is therefore very rewarding to see Western Africa pioneering this joint approach, and for the EU to be able to participate through the presence of an expert from our European Fisheries Control Agency. We hope this will be the first of many such campaigns.”

That declaration means that #IUU fishing in Vietnam is common until now and local and national Governments had done little to tackle it. Only because of @EU_MARE Yellow Card they "state" that have to end #IUU fishing....and what about law enforcement???
Declarations are weak!!

#IUU fishing is a direct threat to #US national security. ASP will be hosting two panel discussions on September 29, discussing how to combat #IUU fishing globally. Register here to attend: https://t.co/ue03v2iNz2

#IUU fishing also threatens the sustainability of global #bluefood production, with low-income countries most at risk.

In West Africa, the total estimated catches are 40% higher than reported catches. 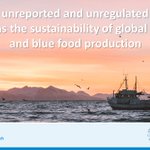 We welcome Denmark’s modern approach on# CCTV and Remote Electronic Monitoring #REM, which is also the Commission’s approach in the new #controlregulation 🇩🇰🇪🇺🐟 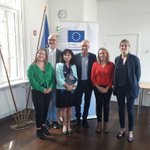 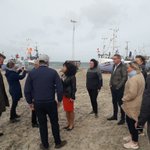 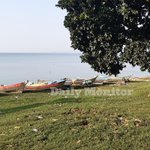