Following reports of mislabelled seafood in South Korean markets, EJF conducted the first comprehensive DNA test to determine the size of the problem. Shockingly, it found that one out of three seafood samples tested were wrongly labelled.

Naming is knowing; knowing what fish you’re eating gives you the power to control your diet, and make conscious ethical and environmental choices.

Genetic sampling by EJF has revealed that 34.8% of seafood tested by EJF was falsely labelled, undermining people’s ability to pick their catch in South Korea. Worse, consumers are unwittingly eating vulnerable species such as finless porpoise. Over the course of 2018, EJF campaigners and volunteers collected 318 samples of 12 species – from fish markets, supermarkets, restaurants and online.

The results were indisputably sinister: products described as Japanese eel, common octopus, and mottled skate were all identified as over 50% mislabelled, with ‘fleshy prawn’ at an astounding 100%. Tellingly, mislabelling almost always occurs in one direction – with cheaper seafood disguised as more expensive kinds.

In a marketplace in which labelling is doubtful, the products of illegal fishing can easily slip through the net, jeopardising the sustainability of fish stocks and the protection of endangered species.

The link between illegal fishing methods and human rights abuses is well documented by EJF and other NGOs. An unscrupulous approach to fishing often goes hand in hand with the abusive treatment of crewmembers.

Consumers are not only being overcharged, but their health is being put risk. Since this part of the fisheries chain operates in the shadows, there is a tendency for substituted seafood to come from unhygienic facilities. When food poisoning outbreaks occur, mislabelling thwarts authorities’ ability to trace and contain the spread. They are working in the dark.

A transparent supply chain is the only way to crackdown on crimes of fraud, and create the framework for a legal, sustainable and ethical seafood market. In a gesture towards this, the Korean government introduced the voluntary Seafood Traceability System – a means of tracking a product’s history by scanning its QR code. However, it’s take-up has been disappointingly low for over 10 years, allowing deceitful businesses to continue as usual.

Seafood fraud is by no means exclusive to South Korea: it is happening all over the world. 1 in 5 samples of at-risk seafood were mislabelled worldwide, according to a study by Oceana in 2016. Mislabelling may be more common than we’d care to think, but it is important to remember that it is preventable. There is another way, which EJF’s 10 principles for global transparency provides a blueprint for, and a mandatory implementation of the Seafood Traceability System in South Korea would help achieve.

Naming is how we know the world and protect it, which is why the seafood fraud in Korea is so unpalatable.

Know more about the EU battling illegality and insufficient reporting within the tuna industry? Chris Hoornaert, Head of the EU Delegation to Panama will speak at the Americas Tuna Conference. https://t.co/9IlhdyBaKf
#americastunaconference #EU #IUU 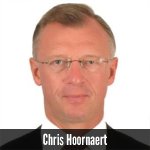 #flying above #chicxulub #impact #crater thinking about #KpgMassExtinction as I head back to #Yucatan #Mexico for #IWT and #IUUFishing #fieldwork. #ironic #harbinger #crime #prevention #communityconservation #sciencetwitter 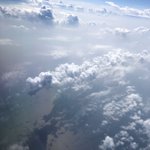 The work of our Researcher @TealePB was cited in an @IUCN report on gender-based violence and the environment, released today.

”Pleased to have my work on #IUU #FishCrime with @orgTheBlackFish + @GI_TOC cited in an @IUCN report that's hot off the press: "Gender-based vio...

Pleased to have my work on #IUU #FishCrime with @orgTheBlackFish + @GI_TOC cited in an @IUCN report that's hot off the press: "Gender-based violence and environment linkages: the violence of inequality."