48 states have signed a public declaration to indicate their determination to ratify the 2012 Cape Town Agreement on fishing vessel safety at a Ministerial Conference held in Torremolinos, Spain, this week.

The Torremolinos Declaration aims to ensure that the 2012 Cape Town Agreement will enter into force by the 10th anniversary of its adoption (October 11, 2022).

The Cape Town Agreement includes mandatory safety measures for fishing vessels of 24 meters (79 foot) in length and over. It covers key parameters such as stability and associated seaworthiness, machinery and electrical installations, life-saving appliances, communications equipment, fire protection and fishing vessel construction. Although adopted in 2012, it will only enter into force after at least 22 States, with an aggregate 3,600 fishing vessels of 24 meters in length and over operating on the high seas, have expressed their consent to be bound by it.

The first international treaty on fishing vessel safety was adopted by IMO in Torremolinos in 1977, with a follow-up Protocol adopted in 1993. But their lack of entry into force has meant that fishers are not yet protected by a global, mandatory treaty – unlike cargo and passenger ships which are covered by international treaties for safety of life at sea and environmental protection, which have wide acceptance and have been in force for many decades.

Along with the Cape Town Agreement and the STCW-F Convention, two other key treaties address fishing vessels and contribute to the fight against IUU fishing. They are: ILO’s Work in Fishing Convention 2007 (Convention No. 188), which entered into force on November 16, 2017 and sets minimum requirements for work on board including hours of rest, food, minimum age and repatriation; and FAO’s Agreement on Port State Measures to Prevent, Deter and Eliminate Illegal, Unreported and Unregulated Fishing (PSMA), 2009, which entered into force in 2016 and seeks to prevent, deter and eliminate IUU fishing through the adoption and implementation of effective port state measures.

Some 120 States, 70 ministerial-level representatives, 30 international organizations and 500 delegates attended the Torremolinos Ministerial Conference on Fishing Vessel Safety and Illegal, Unreported and Unregulated (IUU) Fishing (October 21-23), in one of the largest fishing vessel conferences held in the history of the IMO. The conference was organized in conjunction with Spain, the Food and Agriculture Organization of the United Nations (FAO) and The Pew Charitable Trusts. 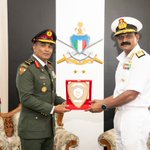 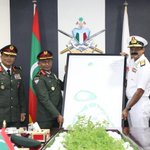 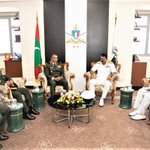 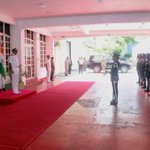