Greek authorities are currently investigating a potential fraud related to two vessels reported as scrapped in 2013 under an EU fishing vessel decommissioning scheme.

Stavros Mandalios, a Greek national and beneficial owner of the trawlers GREKO 1 and 2 received 1.359 million euros from the EU as compensation for scrapping both vessels which was recorded as having taken place at a breaking yard in Perama, Greece.

Originally built in India and named DEEPTHI 1 and DEEPTHI 2, the trawlers were acquired in 2004 and registered under the Greek flag with the names GREKO 1 (ΓΚΡΕΚΟ 1) and GREKO 2 (ΓΚΡΕΚΟ 2).

Suspicions were raised about the status of the trawlers during investigations into a vessel called GREKO 1 in December 2016 for fishing illegally in Somali waters; the vessel was later fined. Official records, including the European Commission Vessel Register, showed a GREKO 1 and GREKO 2 as ‘scrapped’ in July 2013, just a few months before vessels using the same names and IMO numbers registered with the Belize flag.

Belize registration documents include unsubstantiated information on the GREKO 1 and GREKO 2, listing Somalia as the previous flag State and previous names as DEEQA 1 and 2, thereby removing any connection to Greece.

Currently docked in Mombasa port, the original vessel names, DEEPTHI 1 and DEEPTHI 2, can still be seen embossed on the vessels hulls, whilst no trace of the DEEQA identity has been found on either vessel or other sources, adding to the concerns that the GREKO 1 and GREKO 2 were not scrapped as claimed.

At this point there are more questions than answers and further investigations are needed to establish the extent of any fraud that may have taken place.

An information request to the EU made by the FISH-i Technical Team may provide some of the answers. Photographs of the scrapping are required to verify the decommissioning pay out and copies of these photographs would help in clarifying the actual identity of the vessels that were scrapped.

Regardless of the outcomes of this particular case, what is increasingly apparent is that loopholes and information gaps in the international system for identifying commercial fishing vessels make it easy for the system to be exploited for profit.

Per Erik Bergh of Stop Illegal Fishing commented “FISH-i Africa has conducted a thorough review of all the documentation of the GREKO 1 and 2 and we are alarmed that two vessels reported by the EU as decommissioned should end up operating in the Western Indian Ocean. We know that the GREKO 1 has a history of fishing without a licence, using damaging gear, and operating in areas close to the shore which are reserved for local fishers. We look forward to a response from the Greek authorities to help resolve this matter.” 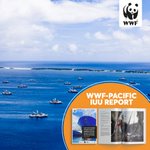 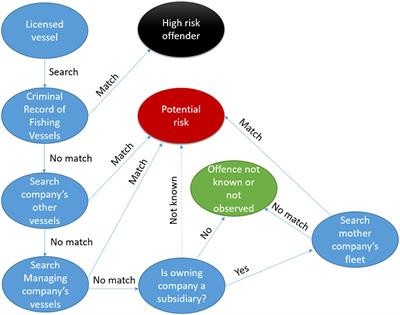