Talks between Indonesia and the European Union regarding a free trade deal are progressing, an EU spokesman told Undercurrent News. Meanwhile, the Indonesian government is expanding its approach to tackling illegal, unreported and unregulated (IUU) fishing.

The discussion between the two delegations “showed continued engagement to negotiate an ambitious agreement, which led to progress in some chapters”.

“The move to text based negotiations in almost all chapters, across 18 active working groups, also allowed to identify several issues which will require further clarification and in-depth discussions, including divergent positions on e.g. export duties, […], market access for government procurement, sanitary and phyto-sanitary issues,” the EU said in a statement.

The two sides also had further exploratory discussions on the liberalization of trade in goods, and exchanged initial ideas on the way to achieve ambitious outcomes. They agreed to aim to work towards a first exchange of offers before the next round.

The following round is planned for Feb. 19-23 in Surakarta, the spokesman told Undercurrent.

Pudjiastuti has insisted that she will continue to sink ships that have been found guilty of operating illegally in Indonesian waters, after coordinating maritime affairs minister Luhut Pandjaitan said previously that Pudjiastuti had been told to stop the policy, the Jakarta Post reported.

Pudjiastuti said that those opposed to her policy should speak with president Joko “Jokowi” Widodo, because the boat sinking was part of the implementation of Law No. 45/2009 on fisheries, stressing it was not her personal wish to enforce tough punishments against illegal fishing, but it was a mandate ordered by the law.

The coordinating maritime affairs minister also said the country aims to expand its approach to fighting IUU, creating a more integrated system that includes monitoring via satellite and drones, and by placing a tanker on standby for refueling, Jakarta Globe reported.

Speaking at a press conference in Central Jakarta on Jan. 9, Pandjaitan said the government is preparing for the new system, which will be tested first in the Natuna Sea.

“This is what we’re working on, right now we want to put a tanker [in the Natuna Sea] so that our patrol vessels can refuel easily without having to travel back and forth. Once we have a tanker, the patrol vessels can be out in the ocean for a month, instead of only a few days,” Pandjaitan said.

“We will also prepare a fleet from Bakamla [Maritime Security Agency] to ensure security,” Pandjaitan said.

Indonesia’s tough crackdown on illegal fishing has included the sinking of foreign vessels found in its waters. The number of vessels destroyed – most of which belonged to neighboring countries – has reached more than 300.

Last December, Indonesia lobbied the United Nations to allow governments worldwide to pursue money-laundering charges against illegal fishing operators, in a bid to crack down on the practice more forcefully, Mongabay News reported. 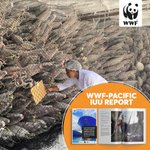 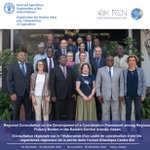 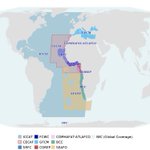 I had the pleasure to meet fishers coming from all corners of our Union for our social dialogue.

We talked about daily challenges, & their ideas to solve major issues such as #IUU & pollution to help the sector thrive.

As I confirmed during the meeting my door is always open. 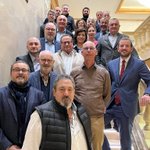 Reply on TwitterRetweet on Twitter1Like on Twitter5Twitter
Load More...